Logitech’s devices are widely used.  Nowadays, for most gamers, in order to manage Logitech mouse, keyboard, or any other devices for your games, you will download Logitech gaming software or Logitech G Hub for Windows 11, 10, 8, 7. But sometimes, even if you got it, Logitech Gaming Software is not detecting the mouse, or you just can’t download LGS on your own.

On this condition, you would better master the way to install Logitech help center easily on Windows and Mac. The clean and straightforward software interface of LGS will enhance your gaming experience to a great extent.

Normally, if you feel like installing LGS for your PC, Logitech official site will be open to you. That is to say, it is feasible and available to turn to Logitech Support to download the latest Logitech gaming software. In general, the updated software will offer you more powerful features to smoothen the game.

2. Then hit Download Now to get Logitech Gaming Software.

3. Follow the on-screen instructions to install LGS on your PC.

After installing Logitech mouse or keyboard, you may wish to get Logitech software to improve gaming performance, but you will find there are Logitech Gaming Software and Logitech GHub for Logitech device. So what are the differences between LGS and G Hub? Which one should you choose to install on Windows system?

In fact, there are some features or options in LGS but missing in Logitech G hub, so many users may eventually go back to use LGS.

2. LGS enables people to adjust the AMOUNT of DPI or even disable it, whereas you are unable to disable DPI in Logitech GHub.

3. Logitech G Hub has no Joysticks or Wheels.

To sum up, Logitech GHub is the next generation of software in the test. Overall speaking, it is not professional in all aspects. In this sense, you would better just keep using Logitech gaming software for better gaming hardware management.

Sometimes, besides updating Logitech gaming software for the enhanced gaming experience, it is also available for you to update game components to make it compatible with both your games and Logitech software, like Microsoft Visual C++ Redistributable packages. Or if  Logitech gaming experience failed to detect the mouse in your games, there is much need to make sure the driver and gaming components are updated.

Here Driver Booster, the top one driver tool, is capable of finding, downloading, and then installing most game components or gaming drivers for Windows 10. You can rely on it to improve the gaming experience.

Then Driver Booster will begin to search automatically for drivers and game components.

3. Find out Game Components and then Update Now to keep all the gaming components up-to-date.

Then Driver Booster will install all the components immediately. You can start your game and Logitech gaming software again to see if the game can run at full speed.

In a word, this post will give a comprehensive guide to download Logitech gaming software for Windows and also the differences between it and Logitech G Hub are available here. Now you have confirmed in your mind whether to install LGS or Logitech G Hub on Windows or mac or even Andriod.

How to Fix Logitech G930 Cutting Out Error 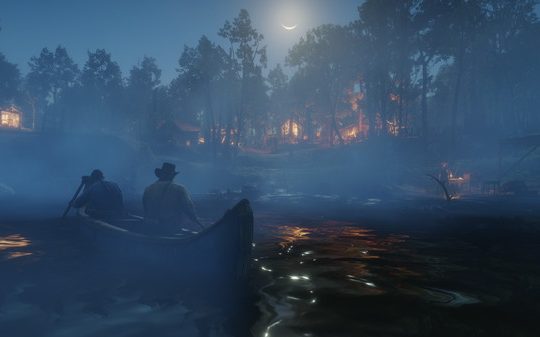